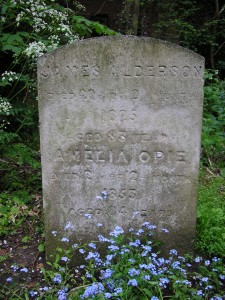 The grave of Amelia Opie and her father in the Quaker Burial Ground.

As Norwich Heart Norwich Heritage Economic & Regeneration Trust had contributed to the publication of Ann Farrant’s biography Amelia Opie: The Quaker Celebrity it was appropriate for her to give two Amelia Opie Walks for the 2015 Heritage Open Days in September.

Both walks were fully booked. Ann led the walkers to a succession of sites in Norwich which are particularly associated with Amelia Opie. The walks began at the Octagon Chapel, where Amelia (née Alderson) was baptised in December, 1769, and ended on Castle Meadow, where Amelia died in December, 1853.

The house in which she spent her last few years was next to a narrow alleyway which ran from Castle Meadow to London Street. Later the house was demolished and the widened alleyway became Opie Street. Walkers who wished to add one more venue to the evening walks were taken to the Quaker Burial Ground at Gildengate where Amelia was interred in the grave of her father Dr. James Alderson. 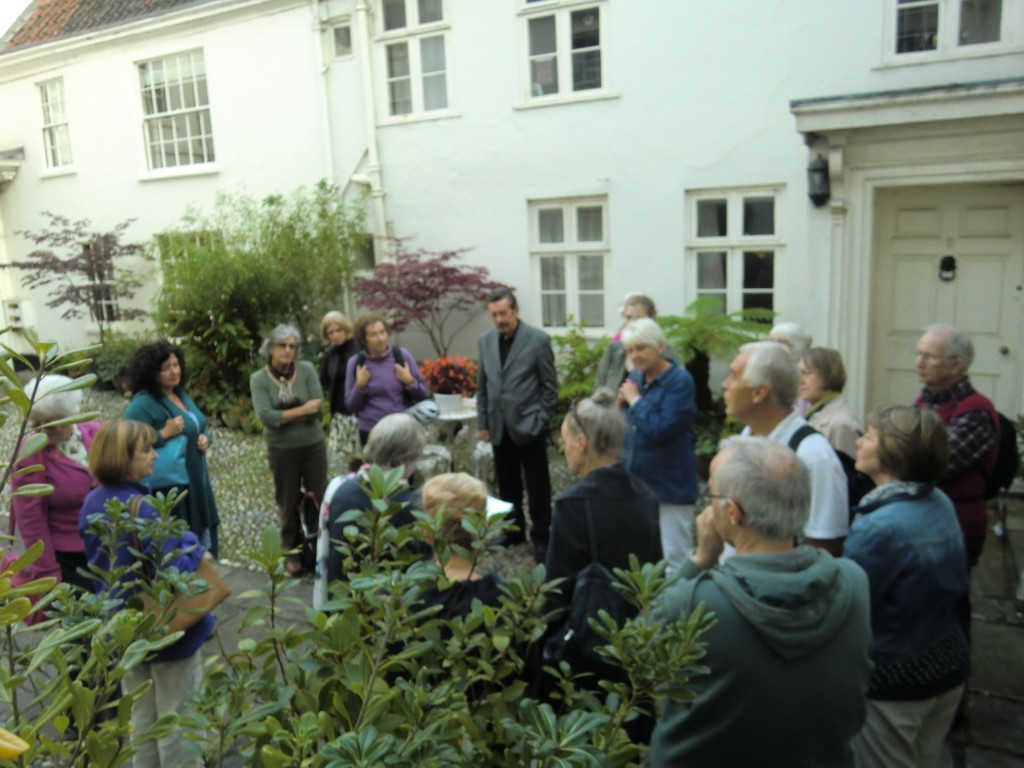 A stopping place on the Amelia Opie Walk: Gurney Court, where Amelia Opie’s father Dr.James Alderson, was doctor to the Gurney family.